Have you seen our SafeGuard packages?

Offering you peace of mind 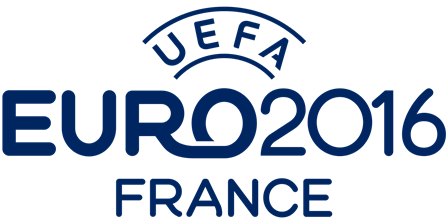 How Employers can get their tactics right ahead of Euro 2016

The 2016 UEFA football European Championships (Euro 2016) finally kick off on the 10th June.

51 games are set to take place over the course of a month in France, with some matches taking place in and around the normal working hours of many employees in the UK.

Employers will need to plan ahead to minimise any potential disruption as the tournament gets into full flow.

England and Wales have been drawn in the same group, with their game scheduled to kick off on Thursday 16th June. This could provide potential problems for employers so it is important to be prepared.

Take a look at some of our top tips to help avoid problems during the Euros:

Handle requests for time off fairly

Employers will most likely see an increase in holiday requests from employees who donâ??t want to miss the big games.

While the majority of these requests may just be for a half day to watch one game, others will be for a few days for the employee to travel to France.

Although it is not always possible to accept all requests, employers should deal with all requests fairly and consistently.

If you cannot grant certain holiday requests, it may be possible to be flexible around working hours.

Employers should make their sickness policy clear to all employees prior to the tournament starting.

If an employee knows their employer is monitoring sickness absences, they will be less likely to â??pull a sickieâ? in order to watch a game.

Use the tournament to boost morale

Euro 2016 offers employers a great opportunity to boost staff morale by screening key matches at work and allowing employees to watch games together during work hours where possible.

Employees who take a break from work to watch a game can be required to be make up lost time.

Watch out for excessive time wasting

Employees will be keen to keep up to date with what is going on during Euro 2016. This may lead to a reduction in productivity caused by employees watching games on their work desktops and laptops or simply talking about the football.

Even though excitement around the tournament is inevitable, employers can take action to deal with excessive time wasting by employees.

Employers will need to take steps to ensure no particular groups are disadvantaged during the tournament.

For example, anyone who is requesting time off at the time of the tournament for reasons not related to the Euros should be considered fairly.

Any employees who are foreign nationals who want to follow their team should also be offered the same flexibility as England, Wales and Northern Ireland fans.

Get advice from the experts at LawforEmployers

For advice on how you can handle holiday requests and absences in a fair and consistent manner, speak to the expert employment law solicitors at LawforEmployers.

Or, if you don’t have time to talk to us right now, you can book your free consultation by completing our online contact form.

Subscribe to stay in touch with the latest posts and happenings at LawforEmployers.